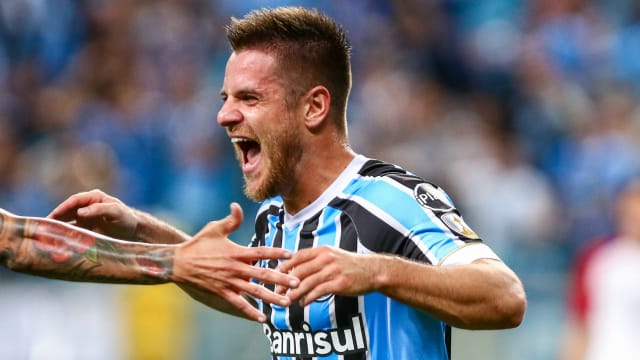 Gremio and Cerro Porteno reached the Copa Libertadores round of 16, while Atletico Nacional were unable to seal their spot in the knockout stage.

Brazilian side Gremio and Paraguay's Cerro Porteno advanced from Group One with respective wins over Monagas and Defensor Sporting on the penultimate matchday.

Already assured of a last-16 berth prior to kick-off following Cerro Porteno's 1-0 win at Defensor Sporting, unbeaten Gremio claimed a last-gasp 2-1 victory over Monagas on Tuesday.

Venezuelan hosts Monagas thought they had salvaged a point in the second minute of stoppage time when Walter Kannemann turned the ball into his own net after Ramiro opened the scoring in the 69th minute.

But Gremio secured their third win in five fixtures thanks to Jailson's 97th-minute penalty in Maturin.

Gremio improved to 11 points, a point clear of Cerro Porteno, who edged Defensor Sporting via Diego Churin's goal at the death.

Nacional's quest to progress from the group stage was halted following their 1-0 loss to Ecuador's Delfin.

The result left Nacional on nine points, two points ahead of Delfin and Colo Colo, who defeated Bolivar 2-0, with one round remaining.

Bolivar are still in the race to reach the last 16 with five points from five games.