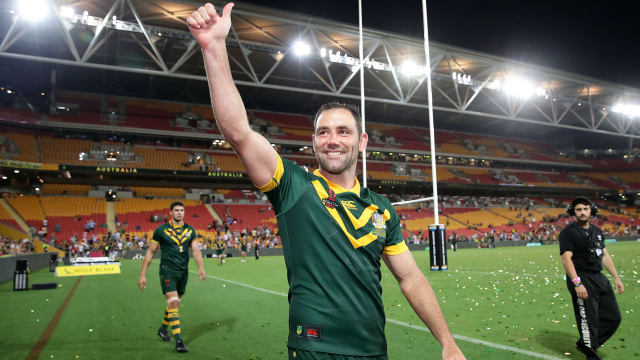 The Melbourne Storm captain, 34, made the surprise announcement on Tuesday.

Smith retires having played a record 42 State of Origin matches for the Maroons, while he represented the Kangaroos 56 times.

"It's been a fairly lengthy process for me to come to this decision," he told a news conference.

"I probably started having some thoughts about finishing up my representative career last year.

"Everyone knowing about the series last year, going into a World Cup, it was quite a lengthy season for myself and other representative players but I think right now, this year, is the right time for me to finish up.

"I guess last year, more than any other year, the Origin series in particular had an affect on me both physically and mentally out of any year I've played.

The brilliant hooker led Australia to two Rugby League World Cup triumphs while being part of the all-conquering Queensland sides that won 11 Origin series in 12 years.