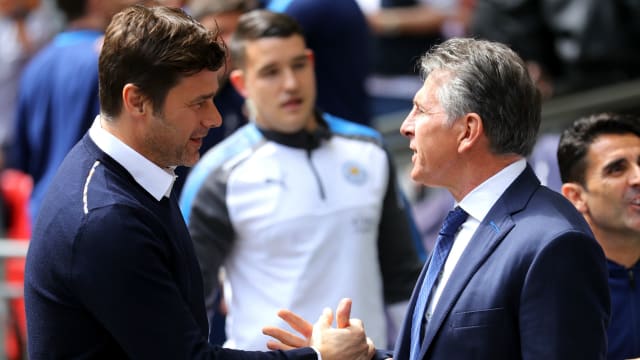 Claude Puel rued Leicester City's inability to manage the game after seeing his side beaten 5-4 in a Premier League classic against Tottenham.

Goals from Jamie Vardy, Riyad Mahrez and Kelechi Iheanacho had put the Foxes into a 3-1 lead by the 47th minute at Wembley.

But Erik Lamela scored twice either side of having the shot that a luckless Christian Fuchs diverted into his own goal, before Harry Kane netted the winner after Vardy's second had levelled the score at 4-4.

"We should have won after scoring four times away, particularly after leading 3-1," he said in quotes reported on Leicester's official Twitter account.

"We needed to manage the game better at that time. It was a good game for neutral fans, but it's a shame we didn't win. We should have.

"We found good intensity today. There was some really good football and some great goals, so it's disappointing not to win.

"After the summer break, we have to come back with the desire we've shown in the last two matches."

It's all over at Wembley Stadium. Tottenham Hotspur 5-4 Leicester City #TotLeipic.twitter.com/8osHIWCKrp

Puel's future at the King Power Stadium has been the subject of much debate in recent weeks, but the Frenchman once again kept his cards close to his chest on the issue.

"I make no comments about speculation around me. I try to keep my concentration on the team," he told Sky Sports.