The curtain fell on a peculiar Premier League season on Sunday with the final day of fixtures notable mostly for an unfamiliar absence of tension.

Manchester City's huge lead at the top and a bottom three that had effectively already been set in place meant 10 simultaneous matches produced few changes to the table.

But while surprises were generally scant across the campaign, there were no shortage of weird and wonderful facts to emerge from another nine months in England's top-flight. 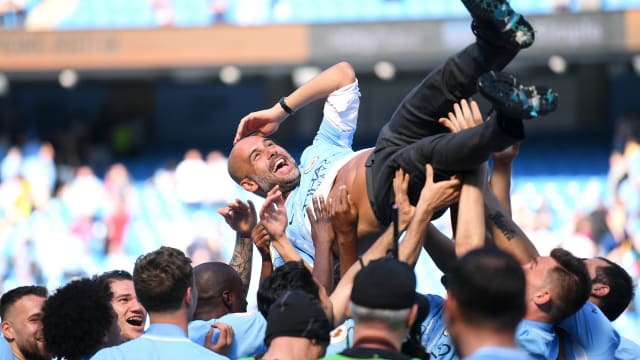 48 - Arsene Wenger ended his Premier League career with Arsenal by winning at his 48th different ground; more than any other manager in the competition (Alex Ferguson, 47). Legacy. pic.twitter.com/gNd5QX2nrR

1 - Having been at the summit following their opening game of the season, Huddersfield Town have ended more days top of the Premier League (1) than Tottenham (0) since September 1, 2014.

10 - West Brom were relegated from the top-flight for the 10th time - only fellow Midlands clubs Leicester (11) and Birmingham (12) have been relegated more often.

4869 - Wayne Rooney set a new Premier League record for the longest gap between goals for a single team in the competition (4869 days) when he scored for Everton on the opening day of the season against Stoke City.

24 - Manchester City won the most points in matches between the big six with 24, Arsenal claimed the fewest (6).

153 - Manchester City were behind for just 153 minutes in the league this season, the fewest any side has trailed in a single Premier League campaign. Control.

3 - Liverpool became the first team to beat a Pep Guardiola side three times in a single season, winning their Premier League meeting with Manchester City in January and beating them twice in the Champions League.

898 - Harry Kane has now gone 898 minutes without scoring a single Premier League goal in the month of August, despite playing 13 games and attempting 44 shots in that time.

6 - Jamie Vardy scored against each of Arsenal, Chelsea, Liverpool, Manchester City, Manchester United and Tottenham this term, becoming the first player to score against all six in a single Premier League season.

28 - Burnley won more away points this season than they had in their previous three Premier League campaigns combined (5 wins, 25 points).