Gerrard is going to be a great manager, says Kuyt 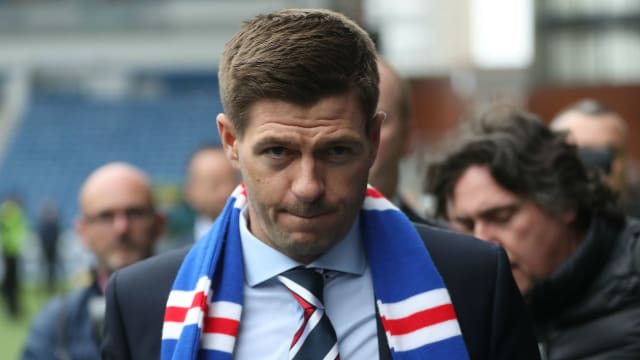 Steven Gerrard has all the attributes to be a great manager, according to his former Liverpool team-mate Dirk Kuyt.

Gerrard is preparing to make his first move into senior management after agreeing earlier this month to become the next Rangers boss.

The former England captain will leave his role at Liverpool's academy after only one season and officially take over at Ibrox from June 1.

And Kuyt, who spent six years playing alongside Gerrard at Liverpool, has no doubts that he will enjoy the same level of success as a manager that he did as a player.

"Steven Gerrard is the greatest I have ever played with in my life," he said.

"I have learnt so much from him. He is an absolute icon - and I am sure he is going to be a great manager too.

#RangersFC are delighted to confirm that Steven Gerrard has agreed to become the new manager of the Club. pic.twitter.com/uUOVnJWI7I

"At Liverpool we would have a list of the squad for the next match hanging up on the wall in the dressing room. In those days you were only allowed 16 players. Eleven starting players and five substitutes.

"In one league match I played in, I looked at the list while Gerrard was standing next to me.

"He looked at the list and did not see his name on it, so he just grabbed his stuff and said 'boys, I wish you a lot of luck tomorrow.' And he was gone.

"He showed no emotion. No shouting, no swearing, no slamming of doors.

"He just went home and the next time he was back for training the first thing he did was congratulate all the players for getting three points.

"He then went to train incredibly hard, already focusing on the next match."