Dyche full of praise for players despite Bournemouth defeat 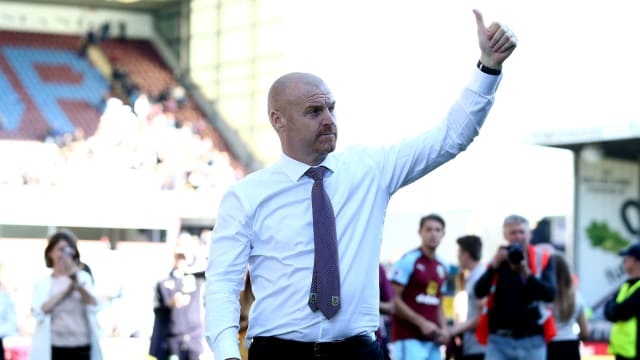 Sean Dyche has hailed his Burnley players for their "incredible achievement" after they secured European football for the first time in more than 50 years.

The Clarets were already guaranteed a seventh-place finish before Sunday's 2-1 defeat to Bournemouth - their highest top-flight position since the 1973-74 campaign, when they placed sixth.

It looked like they would end the season with a return to winning ways after four matches without a victory, but Josh King and Callum Wilson scored in the final 16 minutes to claim a narrow win for the Cherries.

As disappointed as Dyche was by the manner of their defeat, his attention will quickly turn to building on their Premier League success next season and gearing up for a first European adventure since 1966-67.

He said: "Your instinct as a manager is to be disappointed when you don't win a game and particularly in that fashion.

"We gave away two absolutely awful goals, which we don't do often, but that disappointment will fade quickly because it's been an amazing season, for me, the board, the staff and players and, of course, the fans and the town.

"It's an achievement beyond just the team because you can scramble by in the Premier League and just get enough points on the board. But you can't do that and finish seventh!

"The players have supplied more than hard work this season; there's been quality, some great goals and some really big performances from maturing players.

"There's been enough good stuff in there to allow us to park today quickly.

"The fact is it is an incredible achievement to be in the Europa League with this size of club.

"People look at clubs like ourselves and wonder 'can they do it again?' and there are no big statements from me because next season will be another tough one.

"I can't see any club other than the top six thinking otherwise and our challenge next season will be to continue to move forwards."

Bournemouth manager Eddie Howe, meanwhile, was full of praise for the three players he brought off the bench - Dan Gosling, Jermain Defoe and Wilson - citing their introductions as the key to their success.

He said: "Today was a great way to finish for us. It was a difficult game and the first half was tough.

"Burnley made it difficult, but I think the change in the game were the substitutions that were made.

"Dan Gosling, Callum Wilson and Jermain Defoe were excellent when they came on, I thought they inspired us to another comeback and another good win. It's a nice way to end the season."