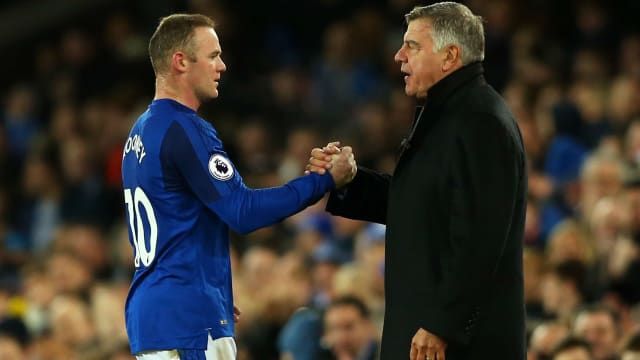 Everton manager Sam Allardyce confirmed "there have been some negotiations" with respect to Wayne Rooney's future at the club, as the former Manchester United man reportedly closes in on a move to MLS side DC United.

Rooney returned to boyhood club Everton at the start of the season after 13 years at Old Trafford, where he enjoyed a remarkable career, becoming United's all-time leading goal-scorer while winning every major domestic trophy as well as the Champions League, Europa League and FIFA Club World Cup.

Expectations were high for Rooney and Everton this season, with the club investing heavily in their squad, but, though they are closing in on an eighth-place finish, the campaign has been largely disappointing.

Allardyce insists Rooney has not actually asked to leave the club, but said he would not have an issue with the former England captain departing.

"My understanding is that there have been some negotiations," Allardyce told reporters at a news conference on Friday.

"As to clarity of whether Wayne is leaving or staying, I'll find out when he comes in for training today.

| Not a bad way to complete your first #EFC hat-trick...

"I don't get involved in transfers or negotiations. All I know is there is interest - where Wayne lies with it I can't tell you at the moment.

"If the player wants to leave - if any player does - I'm comfortable with it, but Wayne Rooney has not asked to leave or had a confrontation with me. We have not had a difficult situation between us."

While Rooney's impact in his second spell at Everton has not been what he would have hoped for, Allardyce paid tribute to his professionalism.

"Wayne is so level-headed," Allardyce added. "He's never got carried away and that's why he's played so well and achieved so much.

"He doesn't let the outside world affect him and that's why he's done so well and stayed so level-headed. As a professional he's been absolutely fantastic.

"He's had an impact in a difficult time at the club since last summer, but we've all come through that, Wayne included. We've achieved a fantastic league position, and that's down to all the players.

"We've accumulated a fantastic points total. Yes, we can all play better and achieve more, but what the whole squad have achieved is very good."