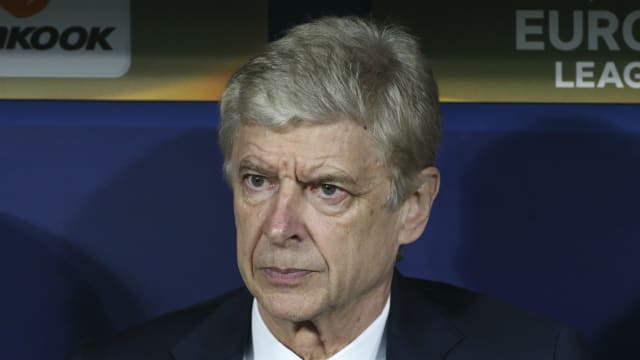 Speaking after his side's 3-1 defeat on Wednesday - a result that stretches their run of consecutive Premier League losses on the road to seven - Wenger was less than impressed with two key decisions.

The first was referee Graham Scott's decision to send off Arsenal defender Konstantinos Mavropanos after 17 minutes for hauling down Kelechi Iheanacho - just 92 seconds after the Nigerian had given the Foxes the lead.

After Pierre-Emerick Aubameyang had pulled the Gunners level, Scott then awarded Leicester a penalty after Henrikh Mkhitaryan had tripped Demarai Gray in the area. Jamie Vardy lashed home from the spot before Riyad Mahrez added gloss to the scoreline late on.

Premier League clubs voted against the full-time implementation of VAR next season, opting instead to extend the trial period for another year - a decision that Wenger thinks goes against the league's ambition to lead the way for the rest of the world.

"I'm convinced what changed the game was the penalty," he said.

"I have complaints about the red card as well but I think we dealt well with the situation. I would like to praise the team for the spirit they showed tonight.

"There is always a reason for the defeat, but if you isolate each game, it is unfortunate what happened tonight.

"I think the Premier League has voted against VAR and it is upsetting. It destroys me because we were in front of the rest of the world, and now we want to be behind."

Asked whether it has sunk in that he will be leaving Arsenal, Wenger added: "Yes, slowly, the last three or four weeks have been step-by-step so you have time to adjust. I realise it now.

"It was very nice to hear applause from both sets of fans and I'm very grateful for that."

The result ended Leicester's five-game winless run in the Premier League and eased the pressure on under-fire boss Claude Puel.

The Frenchman would not be drawn on his future after the game, instead preferring to focus on the positives of his side's performance.

He said: "Firstly the performance was important today because we wanted to make amends after the last game.

"We showed the difference when we have desire and conviction in our play. It was important for our last game at home to give our fans a good reward for their support all season."