No need to worry, Lewandowski will stay - Rummenigge 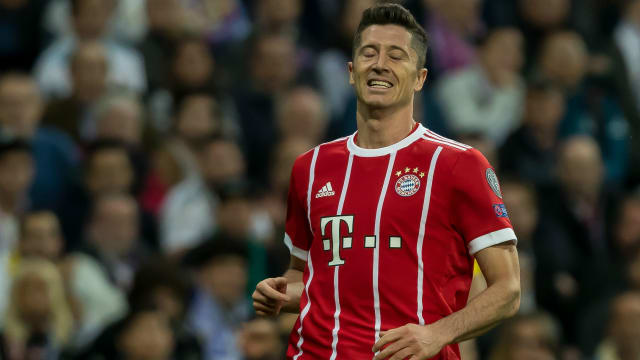 Bayern Munich supporters have no reason to worry about the possibility of Robert Lewandowski leaving for Real Madrid, as club chief-executive Karl-Heinz Rummenigge is adamant he will be staying.

Lewandowski has emerged as a reported target for Madrid, with Karim Benzema enduring a difficult season in front of goal in LaLiga.

The Poland international changed agents earlier in the year, linking up with the renowned Pini Zahavi in a move some suggested was made to facilitate a transfer to the Spanish giants.

But Rummenigge is calm about the situation, certain the striker will be pulling on a Bayern jersey again next season.

"They do not have to worry about Robert Lewandowski and the relationship with Bayern," Rummenigge told Kicker. "We have a very good one.

3.59 - The difference between xG (8.59) and goals (5) for Robert Lewandowski, making him the least clinical player in this #UCL season. Out. pic.twitter.com/FX9dnArMTt

"We know what we have in Robert Lewandowski. I am very happy that we still have such a long-term contract. [There's] no need to worry - he will also play next season at Bayern Munich."

Lewandowski came in for criticism for his reaction to being substituted in Saturday's 3-1 win at Cologne, as he refused to shake manager Jupp Heynckes' hand.

But Rummenigge does not think Lewandowski should be penalised for expressing himself.

"You can't overdo it [in terms of reacting]," he said. "He is one of the best centre-forwards in the world, he proves that every year.

"If he has not scored for a couple of games, that's no problem either. I'm a big democrat, everyone can express his opinion."