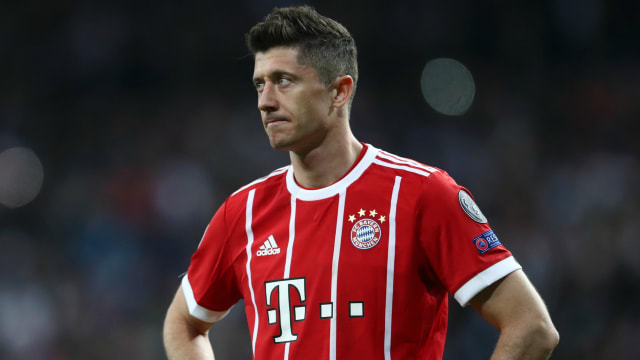 Jerome Boateng insisted Robert Lewandowski must control his emotions and respect Jupp Heynckes after the star striker refused to shake the head coach's hand when he was substituted against Cologne.

Lewandowski scored in Bayern's 3-1 win over Cologne on Saturday but the Poland international was less than impressed after being substituted with 13 minutes remaining, refusing to acknowledge Heynckes as he left the pitch.

Heynckes was not amused by Lewandowski's behaviour as the 72-year-old vented his irritation post-match on the weekend.

Red shirt  Marine blue shorts.  Red socks.
What do you think of our new outfit? Our new 2018/19 home kit: https://t.co/YeP0ja0CNH#FCBayern#HereToCreate@adidasfootballpic.twitter.com/M7YQabKlkN

"The coach [Jupp Heynckes] is the boss," Boateng told reporters after Bayern unveiled their 2018-19 home kit on Tuesday.

"As I have said before, as a player you sometimes have emotional periods. Probably [Robert] Lewandowski wanted to score one or two more goals.

"Despite that, you can manage it differently. But it is clear that it is the responsibility of the coach [to make decisions] and he is the absolute boss."