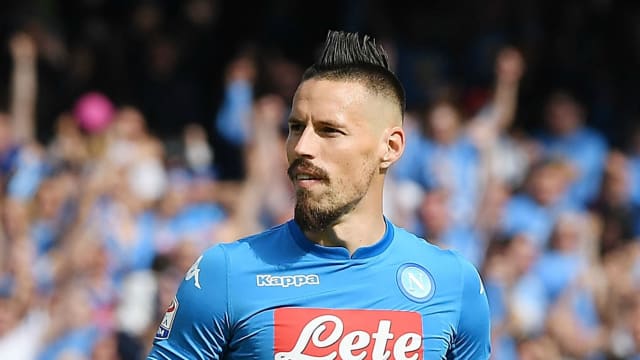 Napoli effectively gifted the Serie A title to Juventus with a deflating 2-2 draw against Torino, which leaves them six points adrift with two matches remaining.

The visitors struck two second-half equalisers to deny Maurizio Sarri's men the victory they desperately needed to apply any sense of pressure in the race for the Scudetto.

Juve now require only a point - and, most likely, not even that given their vastly superior goal difference - to guarantee they finish first.

Marek Hamsik appeared set to be Napoli's hero on Sunday when he thundered in a stunning 100th goal in Serie A from just outside the area less than two minutes after stepping off the bench.

That gave Napoli a lead to protect over the remaining 19 minutes but they failed to hold on, instead folding under the tension that had appeared to affect them during last weekend's costly 3-0 defeat at Fiorentina.

Lorenzo De Silvestri proved the man to deny them on this occasion as he headed in Adem Ljajic's dipping cross seven minutes from time.