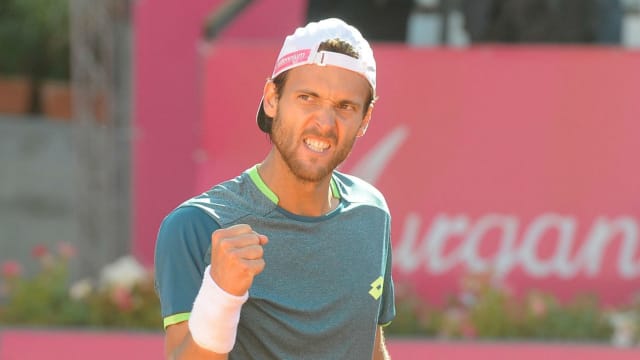 World number 68 Sousa came out on top 6-4 6-4 to the delight of the crowd as a Portuguese player won an ATP event on home soil for the first time.

Sousa halted Kyle Edmund in the quarter-finals and Next Gen star Stefanos Tsitsipas in the last four to set up the opportunity to end a wait for glory that stretched back to the 2015 Valencia Open.

Tiafoe, who dumped out defending champion Pablo Carreno Busta on Saturday, largely held his own in the first set but, having been edged out, was quickly undone by two early breaks in the second.

HISTORY IS MADE! João Sousa defeats Frances Tiafoe 6-4 6-4 and is the new Millennium Estoril Open singles Champion! For the very first time a Portuguese player wins an #ATP event on home soil!

Sousa had too much for the 20-year-old and, despite seeing Tiafoe break back once, successfully served for the championship at the second attempt, collapsing to the ground as a roar went up.