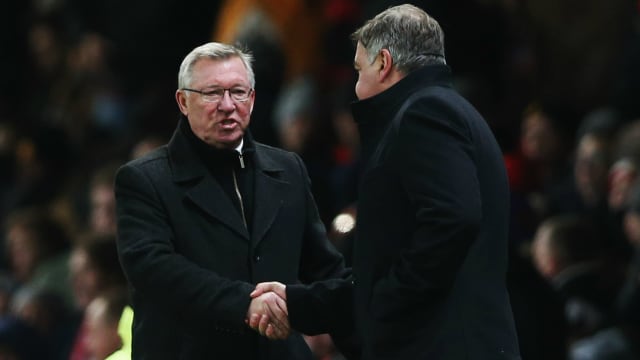 Sam Allardyce added his voice to the outpouring of support for Alex Ferguson after learning his "personal friend" underwent surgery following a brain haemorrhage.

The legendary former Manchester United manager had an operation on Saturday, having reportedly fallen ill and been taken to hospital on Friday.

United said the procedure "has gone very well", the update coming after his son Darren, the Doncaster Rovers manager, missed his team's match against Wigan Athletic on Saturday.

Everton boss Allardyce spent many years sharing the touchline with Ferguson and sent his thoughts to the 76-year-old.

"It's tragic. I'm going to find out how he is as soon as I possibly can," the Toffees boss said.

"Obviously I knew it was extremely serious when his son Darren didn't attend his own game at Doncaster today.

"I hope he is in good hands and I hope the operation is a major success because as a personal friend I hope he has a full recovery."

Sir Alex Ferguson has undergone surgery today for a brain haemorrhage. The procedure has gone very well but he needs a period of intensive care to aid his recovery. His family request privacy in this matter.

Everyone at Manchester United sends our very best wishes. pic.twitter.com/SDoNzMwVEZ

"I only just got a little whisper earlier on. I was hoping it wasn't true. I wish him all the best," the Southampton manager said.