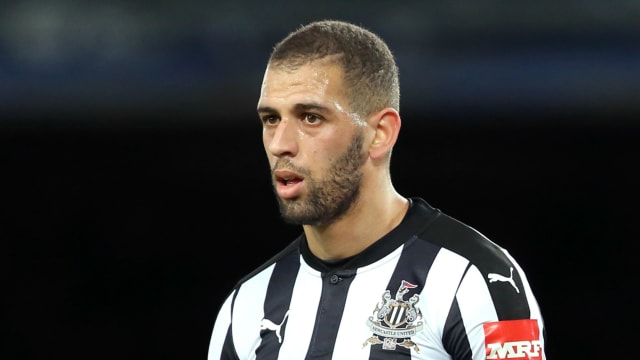 The Football Association (FA) has confirmed Islam Slimani has been given a three-match ban, ruling the Newcastle United striker out of the rest of the season.

Slimani will be unavailable for Newcastle's remaining matches against Watford, Tottenham and Chelsea, bringing an unproductive loan spell from Leicester City to an end.

The suspension was handed down after Slimani kicked out at defender Craig Dawson towards the end of West Brom's 1-0 win at St James' Park, with the incident not seen by the officials.

"He accepted the charge but argued the suspension was excessive," an FA statement said. "This was rejected by an independent regulatory commission."

The Algeria international made a single Premier League start for Newcastle after having his stay interrupted by injury, while he failed to score for the club.

Slimani has struggled to make an impact since arriving at Leicester in a EUR30million deal from Sporting CP in August 2016 that made him the Foxes' club-record signing.