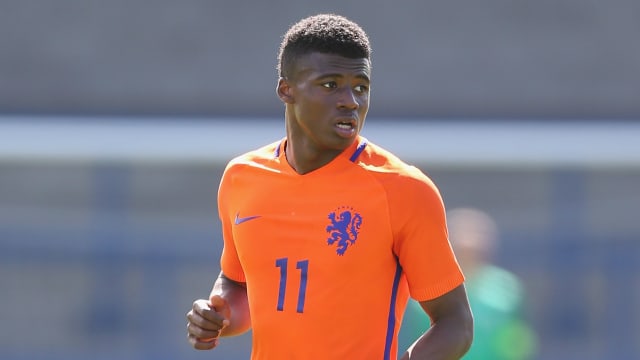 Hertha Berlin have completed the signing of Javairo Dilrosun from Manchester City.

The 19-year-old has agreed to a "long-term deal" with the Bundesliga club and will finalise his move on July 1.

"We have been watching him for a long time and followed his development closely," Hertha general manager Michael Preetz told the club's website.

"He has enjoyed a terrific tactical and technical education at Ajax and Man City and is a quick and excellent match player.

"We are delighted to have got his signature over a number of notable clubs and that he has chosen to come and prove himself at Hertha."

Dilrosun, who reportedly turned down approaches from Swansea City and Derby County to join Hertha, has impressed for City's youth teams since joining from Ajax in 2014.

The Premier League champions will apparently receive compensation of around £200,000 as part of the transfer.

The winger is the second City youngster to join a Bundesliga club in the last year, after Jadon Sancho moved to Borussia Dortmund last August.