Heynckes: Ulreich had a 'little blackout' 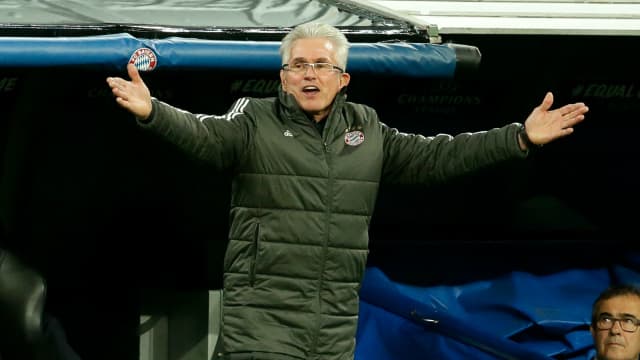 Trailing 2-1 from the first leg of the semi-final in Germany, Joshua Kimmich put Bayern in front in just the third minute of the return fixture at the Santiago Bernabeu on Tuesday.

Just 21 seconds after the interval, the French striker completed a turnaround as he tapped in to an empty net after Ulreich had slipped while coming to claim a backpass from Corentin Tolisso.

James Rodriguez restored parity against his parent club and put Bayern within a goal of the Kiev final on May 26, but Heynckes' men could not find a way through a shaky Madrid defence for a third time, losing 4-3 on aggregate.

An enthralling encounter served as Heynckes' final European game in charge of Bayern, the veteran coach having taken over for a fourth spell in October after Carlo Ancelotti's departure. He is set to be replaced by Eintracht Frankfurt boss Niko Kovac at the end of the season.

Thank you for your incredible support this evening, #FCBayern fans #MiaSanMiapic.twitter.com/ENRzOi386o

Speaking in his post-match media conference, Heynckes said: "Ulreich had a little blackout. We gave a world-class display, lots of beautiful football, it's such a shame we were eliminated.

"I've not seen Bayern play so well in quite a long time. All Madrid were doing was counter-attacks.

"Over both games, we were clearly the better team, but we've not been able to reach the final. We dominated, [Madrid goalkeeper Keylor] Navas was spectacular, especially at the end.

"This time it's permanent, I will never sit on a bench again. But I was not thinking of this last game as a pity, just a wonderful experience."