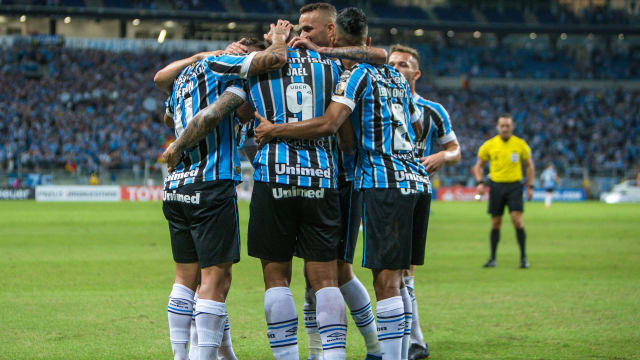 Gremio continued their strong Copa Libertadores form with a huge win, while Nacional closed in on the knockout stage.

A brace from Everton guided Gremio to a 5-0 thrashing of Cerro Porteno in Group 1 in Porto Alegre on Tuesday.

Everton opened the scoring with a powerful low finish approaching the half-hour mark and the hosts took a 2-0 lead into the break thanks to a fine header from Ramiro.

Jael, who set up the opener, scrappily scored Gremio's third from a corner early in the second half.

Luan assisted goals for Everton and Cicero in the final 20 minutes as unbeaten Gremio moved above Cerro Porteno and top of the group on eight points.

Nacional took a huge step towards the knockout stage with a hard-fought 1-0 win over Santos in Montevideo.

Leandro Barcia tapped in the only goal of the game near the hour-mark as the Uruguayan giants climbed onto eight points, three clear of Estudiantes and Real Garcilaso and one adrift of Santos - who had Leo Cittadini sent off late - in Group 6.

Real Garcilaso and Estudiantes played out a 0-0 draw earlier in the day.