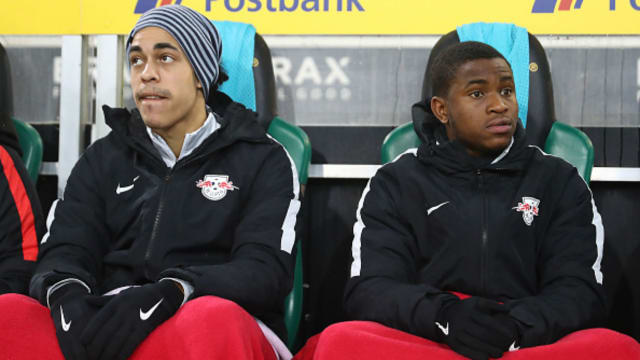 The talented English winger made the surprising decision to join Bundesliga side Leipzig, who finished second last term, in a temporary deal in January as he sought more regular first-team football.

Lookman has scored twice in nine league outings and head coach Ralph Hasenhuttl and sporting director Ralf Rangnick have both spoken about a wish to sign him on a full transfer.

Sam Allardyce recently hinted that Everton would be open to a sale if Leipzig make an offer that is too good to turn down, and Poulsen talked up his team-mate's qualities.

BREAKING: #RBLeipzig have signed Ademola #Lookman from @premierleague side @Everton on loan until the end of the season

"He has been very good and we have to see if he stays with us beyond the season because he's just loaned out - he fits very well with us here," Poulsen told Omnisport.

"He is very good in the one-on-one battles, he has quick feet and the right mentality for football. He still has to learn a lot but he has the chance to get to a high quality.

"You saw in the games he played that his one-on-one skills are on a very high level. But he has to learn some things and then he can make the next step.

"Maybe [he needs] to work better defensively and getting back. There are not many things after that because he is already very good. Sometimes he needs to look for the finish instead of continuing his dribbling. That will come with more games played."