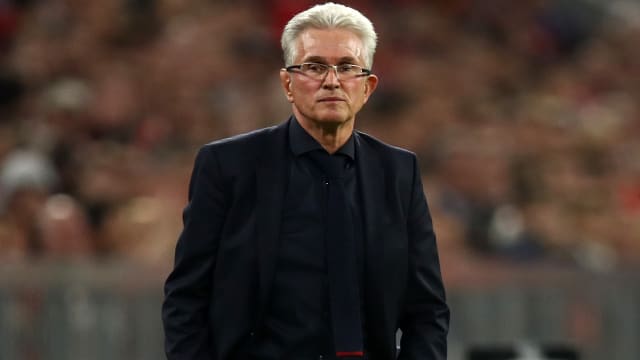 Bayern Munich head coach Jupp Heynckes has seen vulnerabilities in Real Madrid that he believes can be exploited in the Champions League semi-final second leg.

The Bundesliga giants will need to overturn a 2-1 first-leg deficit in the Spanish capital on Tuesday if they are to deny the hosts a third successive final berth.

While it appears a daunting prospect against the back-to-back European champions, Madrid did lose 3-1 at home to Juventus in the last round and also trailed Bayern 2-1 after 90 minutes in last season's quarter-finals.

Zinedine Zidane's side ultimately prevailed on aggregate on both occasions, but Heynckes has seen enough to know an upset is possible.

"Real Madrid showed in [the Juve] game they're vulnerable even at home. They're not invincible in spite of appearances," he told reporters

"We know things are going to be difficult. Madrid are used to very important games but so are we. We'll be a very tough opponent.

"We've grown greatly and have an important goal that we want to achieve. We want to get through to the final and we're aware Madrid will do what they can to stop us."

Jupp #Heynckes: "We need to be more efficient than in the first leg. We have scored lots of goals all season and I hope we can show the efficiency that usually characterises our game."  #RMAFCB#FCBayern#MiaSanMiapic.twitter.com/nUIGbedoEe

Bayern enter the match on the back of a confident 4-1 league victory over Eintracht Frankfurt in which striker Sandro Wagner started and scored.

While the Germany international is not expected to hold his place ahead of Robert Lewandowski, Heynckes hinted at the possibility of pairing them together should the need arise.

"Wagner played well [against Frankfurt]. He scored, he's useful, he moves very well and he could be part of our arsenal throughout the game," the veteran coach said.

"It's possible he could come on later on and play alongside Lewandowski. We'll see."