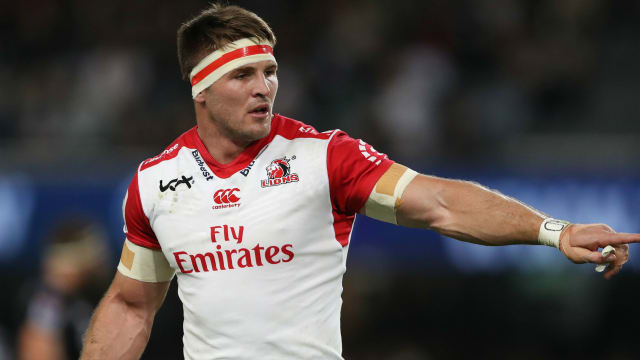 South Africa flanker Jaco Kriel will swap Super Rugby for the Premiership next season after agreeing a deal with Gloucester.

Kriel has become an important member of the Springboks squad since making his international debut in 2016, the 28-year-old claiming 11 caps.

Domestically Kriel has led the Lions to the Super Rugby final in the last two years, but lifting the trophy has so far eluded him after defeats to the Hurricanes and Crusaders.

He has been hampered by a shoulder injury in recent months, though, and is expected to miss the next five months after undergoing another operation to fix the issue.

Despite the injury problems, Gloucester have swooped to sign Kriel for the 2018-19 campaign, seeing him link up with former Lions coach Johan Ackermann.

We've got a visitor at Kingsholm this morning. #WelcomeJacopic.twitter.com/WUtwwocauE

"He's been involved with me at the Lions for a number of years, I've got a very good relationship with him.

"Jaco is one with a 'never say die' attitude, he leads by example, he's got a lot of skill and speed, and can be a guy who can lead upfront on the physical side. He is an exciting player with a big skillset.

"Obviously he is in the process of rehab with his shoulder, we hope that will go well, we don't want to put added pressure on him. It's crucial we get that 100 per cent right so he can start off well with the club.

"Around July or August he will come over and start participating with the squad."