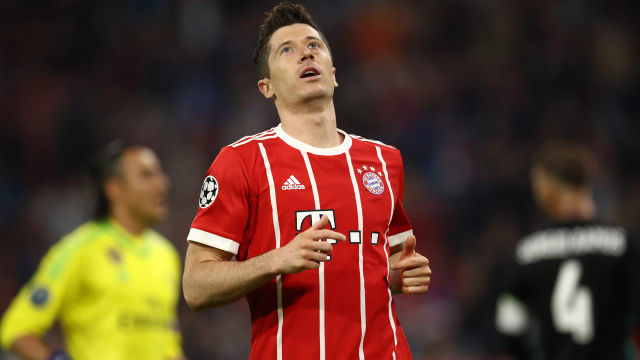 Real Madrid are not interested in Bayern Munich star Robert Lewandowski, according to Lothar Matthaus.

Lewandowski, 29, has been linked with the LaLiga giants after four prolific seasons at Bayern, including 39 goals in all competitions this campaign.

Matthaus, a Bayern and Germany great, said he believed Madrid were not chasing Lewandowski.

"According to the information I have, Real Madrid is not interested in Lewandowski," he told Sky.

Matthaus urged the striker to start delivering in big games, with Bayern making the trip to Madrid for the second leg of their Champions League semi-final on Tuesday trailing 2-1.

"I hear he is rather apathetic to training, and maybe to make the difference in big games," he said.

"It's that small percentage of investment that he's missing. He has to focus on what's important and not about his persistent changes of opinion."