Hercog and Parmentier end long wait for final in Istanbul 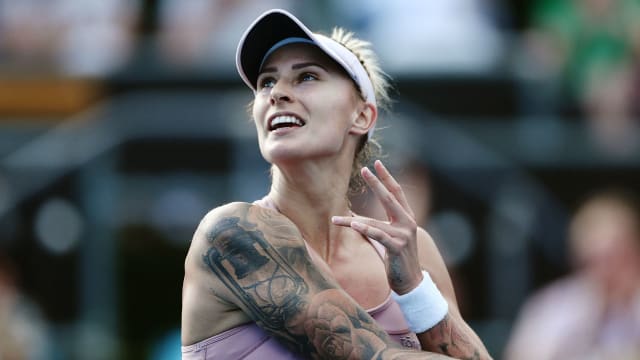 Hercog will feature in her first WTA showdown for almost six years after an emphatic 6-4 6-2 victory over Sakkari.

Slovenian Hercog plummeted to 265th in the rankings last year after eighth months out of action due to injury, but has showed what she is capable of in Turkey this week.

She took just an hour and 29 minutes to dispatch Sakkari, ending the Greek's bid for a first title by breaking three times and saving all four break points she faced.

Parmentier will contest her first final for a decade after toppling seventh seed Irina-Camelia Begu 6-3 6-4.

The world number 122 reached the last four when Caroline Wozniacki succumbed to an abdominal injury and moved into her first decider since Bad Gastein in 2008 after breaking four times in the first set and twice in the second.