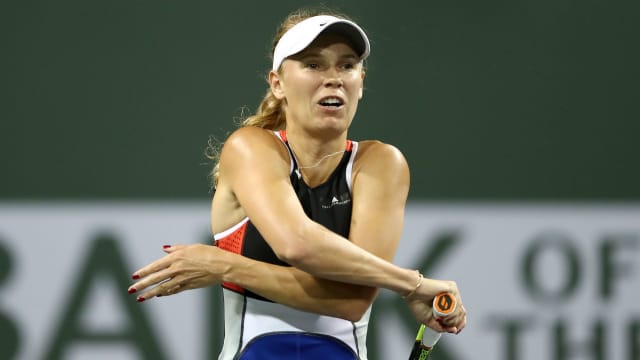 Caroline Wozniacki succumbed to an abdominal injury and retired from her Istanbul Cup quarter-final against Pauline Parmentier on Friday.

World number two Wozniacki won the opening set but required a medical timeout after falling 3-0 down in the second and withdrew with the scores at 4-6 6-3.

Frenchwoman Parmentier will take on Irina-Camelia Begu in the semi-finals, the Romanian coming from a set down to beat Donna Vekic 3-6 7-6 (7-1) 6-1 to ensure at least one seed remains in the final four.

"I saw that she had some problems in the second set with the serve, she was not serving full, but it's still a good win," said Parmentier.

Wozniacki is forced to retire with an injury. @PPauline is through to the Istanbul_Cup semi finals with the scoreboard at 4-6, 6-3. pic.twitter.com/H085FwzBrc

"But it's tough when you see your opponent not doing well. Even if we are opponents on the court, we want everyone [to be] fine, so it's not easy."