Allardyce expects to stay with Everton next season 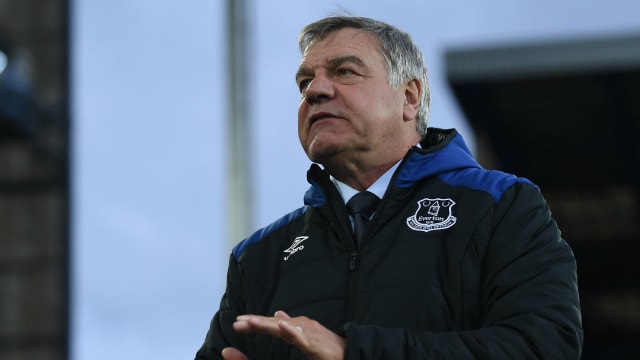 Sam Allardyce believes he will remain in charge of Everton for next season and says he has received clarity on his situation from owner Farhad Moshiri.

The former England manager succeeded Ronald Koeman at Goodison Park in November, guiding the Toffees away from the relegation zone and into eighth in the table.

However, some sections of the Everton support are not convinced he is the right man to take the club forward and a banner calling for his departure was displayed ahead of Monday's 1-0 home victory over Newcastle.

That followed a survey that was issued to supporters asking for their opinions on the club's management, matchday atmosphere and the club in general.

However, Allardyce told a news conference ahead of Saturday's away clash with Huddersfield Town that he would be remaining at the club for next season.

"We discussed plans for next season [on Thursday] with Farhad. I think we have some clarity moving forward now," he said.

"I think our pre-season, in terms of when we start back and where we go, is nearly in place.

"[Regarding] ins and outs of players, it is a wait-and-see basis in terms of what we can try and achieve and then, under those circumstances, what players do we move on."

Allardyce was then pressed as to whether he would definitely remain on board for next season, responding: "Didn't I just say that? For clarification, yes."