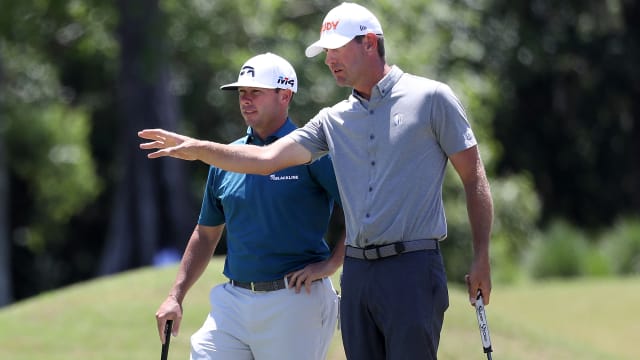 Chez Reavie and Lucas Glover fired a 12-under 60 to hold a share of the first-round lead at the Zurich Classic of New Orleans.

The American duo were in fine form in the four-ball format in the opening round of the PGA Tour event on Thursday.

Reavie and Glover made seven birdies on the back nine - their first nine holes - and another five to finish their round.

They are joined atop the leaderboard by Chinese pair Zhang Xinjun and Dou Zecheng.

A group of six teams are two shots back at 10 under in a tie for third, including last year's runners-up Kevin Kisner and Scott Brown.

Kisner and Brown were edged by Jonas Blixt and Cameron Smith in a play-off in 2017, but made another strong start this year.

Defending champions Blixt and Smith made a solid start, shooting a seven-under 65 to be tied for 21st.

The duo of Justin Rose and Henrik Stenson are also at seven under.