Makarova falls to Krunic in Istanbul 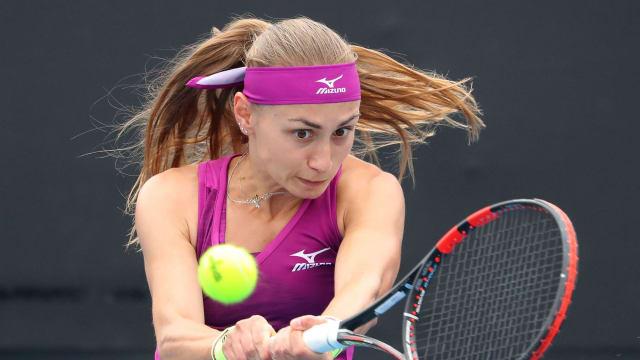 Ekaterina Makarova joined the list of seeded casualties at the Istanbul Cup on Wednesday, but Svetlana Kuznetsova survived a test from Viktoriya Tomova to reach the quarter-finals.

Agnieszka Radwanska, Zhang Shuai, Sorana Cirstea and Aryna Sabalenka had already bid farewell to the tournament in Turkey and fifth seed Makarova was dumped out in three sets by Aleksandra Krunic in their round-one encounter.

The Russian, beaten in each of her singles rubbers in a Fed Cup tie against Latvia last weekend, coasted through the first set but fell to a 1-6 6-1 6-4 defeat.

Makarova fought until the end and staved off five match points in game eight, but was unable to prevent Krunic from serving out for the match in the next game.

In the second round, second seed and two-time grand slam champion Kuznetsova  had to dig deep to earn a 7-5 4-6 6-1 win over qualifier Tomova in a match lasting two and a half hours, while Irina-Camelia Begu, seeded seventh, made somewhat more serene progress in a 6-4 6-4 victory against Christina McHale.

Rounding off the action, Pauline Parmentier was taken the distance in a 6-2 2-6 6-3 triumph over Yulia Putintseva.