Madrid bench Benzema and Bale as James starts for Bayern 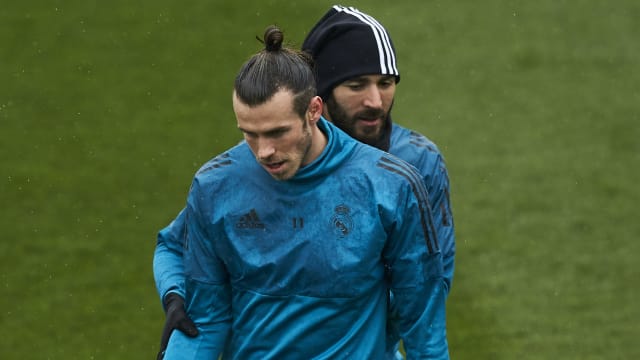 Karim Benzema and Gareth Bale will start on the bench for Real Madrid in their Champions League semi-final at Bayern Munich, for whom James Rodriguez will start against his parent club.

Cristiano Ronaldo leads the line for Zinedine Zidane's European champions and will be supported by Isco and Lucas Vazquez, with the other two members of the 'BBC' attack waiting in the wings.

Colombia playmaker James joined Bayern on loan from Madrid in August and lines up in central midfield alongside Spain international Javi Martinez for Jupp Heynckes' side.

Madrid knocked Bayern out at the quarter-final stage last season, prevailing 6-3 on aggregate after extra time.

A closer look at those boys wearing  this evening! #FCBRMA#packmaspic.twitter.com/JI1nzhQLEU