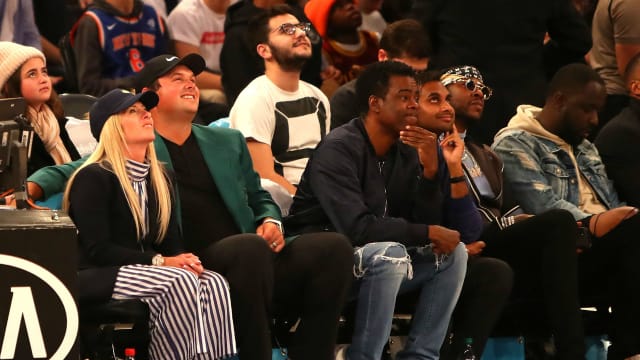 Patrick Reed achieved one of golf's greatest feats by winning the Masters this month, but hitting the heights in a different sense with a trip up the Empire State Building was not among his favoured post-tournament obligations.

The American brilliantly held off charges from Rickie Fowler and Jordan Spieth to claim the green jacket by one stroke at Augusta and claim the first major title of his career.

Reed described the activities following his triumph, including court-side tickets to watch the New York Knicks against the Cleveland Cavaliers, as an "eye-opening" experience, even if one particular excursion at one of the Big Apple's most famous tourist spots was not to his liking.

"It was definitely an eye-opening experience, I don't like heights and went to the top of the Empire State Building so that was interesting!" said Reed ahead of the Zurich Classic, where he will return to action this week.

"The first time sitting court-side at a basketball stadium and at MSG with Chris Rock, Aziz [Ansari], 2 Chainz...all those guys sitting next to you, you're sitting there like 'wow [this is a] pretty cool experience' and watching LeBron [James] and the Cavs play the Knicks was great.

"It's something that someone told me, 'don't expect sleep in New York because there's a lot going on'. It was tiring, but I had a blast and hopefully can do more by winning a lot of tournaments."

Reed, who had to postpone a family vacation to Albany in the Bahamas due to his success in Georgia, has enjoyed the celebrations his achievement has brought, but is now itching to get back to competitive golf.

"It's been great, it's been a lot of fun, it's been tiring, but it's something that has been a good experience," he added.

"But there's nothing like getting back inside the ropes with the guys and competing. It's just something I love to do is compete.

"I don't feel any different, it's just another day at the golf course and trying to take care of playing some golf and just doing my job which is going out playing the best I can.

"I mean it is different - everything that comes with it, the obligations, time management, just a lot of extra stuff you didn't have in the past - it's all great."