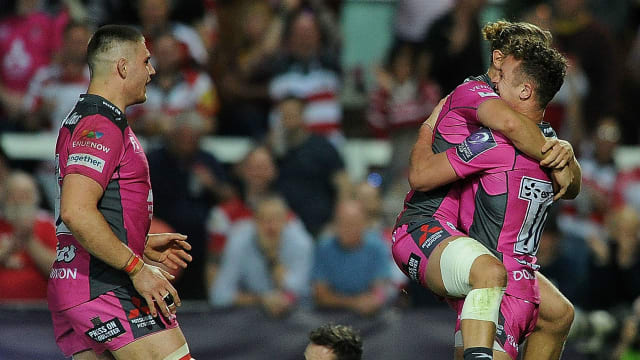 Gloucester won an all-Premiership semi-final with Newcastle Falcons in comfortable fashion with a 33-12 victory to progress to the final of the European Challenge Cup.

Newcastle have the edge over Gloucester in the fight for a play-off spot in the Premiership, the Falcons sitting fourth, three points ahead of the West Country outfit in sixth.

But it was Gloucester who were the far superior side on this occasion, outscoring their opponents four tries to two and setting up a final with either Cardiff Blues or Pau.

Newcastle had won all seven of their Challenge Cup matches going into the last-four clash at Kingsholm and they took the lead after nine minutes through hooker Scott Lawson.

FT Gloucester 33 Newcastle Falcons 12. The European dream is over at the semi-final stage. Congrats to our hosts and worthy winners @gloucesterrugby, and best of luck for the final in Bilbao on May 11. Thank you to all the Falcons fans who travelled or supported from afar.

That was as good as it got for the Falcons, though, Tom Marshall responding for Gloucester, who then took the lead thanks to the boot of Billy Twelvetrees.

A rolling maul saw Motu Matu'u go over for Gloucester's second try, which Twelvetrees converted to make it 15-5 at the interval.

Fly-half Billy Burns extended the gap further after the break as he burst onto Marshall's pass off the floor and through a gap, but a rolling maul from a line-out led to a second for Lawson to give Newcastle hope.

However, a pair of penalties from Twelvetrees took the game away from the Falcons and Gloucester finished with a flourish as Jason Woodward found Ben Vellacott with an excellent offload to cap a breakaway team move.

Victory in the May 11 final in Bilbao for Gloucester will see them win the tournament for a third time, while Newcastle have to deal with the disappointment of a fifth semi-final defeat in the competition.