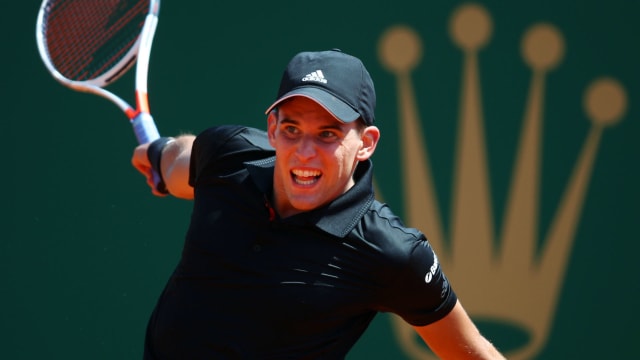 Dominic Thiem rallied from a set down to send Novak Djokovic packing at the Monte Carlo Masters, progressing to the quarter-finals with 6-7 (2-7) 6-2 6-3 win.

World number seven Thiem lost his way after a bright start in the first set against a resurgent Djokovic, but he recovered to punch his ticket to the last eight.

Djokovic, who has displayed glimpses of his best form in Monte Carlo, showed touches of class but wilted in the heat and could not last the distance in the third round on Court Rainier III.

Fifth seed Thiem moves on to a potential meeting with world number one Rafael Nadal in the last eight, with the Spaniard to play Karen Khachanov.

Defense to offense in a #RolexMCMasterspic.twitter.com/rcadYvCOaS

Thiem had survived a scare against Andrey Rublev last time out, but he started strongly and a string of powerful shots secured an early break en route to a 3-0 lead.

The Austrian had the first set within reach at 5-3 until a dip in quality opened the door for Djokovic, who broke back and celebrated with a roar that was matched by the crowd.

Djokovic repeatedly found joy with his forehand to take Thiem to a tie-break, which he dominated to clinch the set.

Having faltered from a promising position, Thiem rallied again and moved in front in the fifth game of the second as Djokovic struggled to keep pace with the 24-year-old.

A double-break followed and Thiem swiftly wrapped up the set as Djokovic found the net at the end of a rally.

With the momentum on his side, Thiem made the crucial break in game seven of the decider and soon broke again to leave Djokovic with a deficit that he could not recover from.