Gronkowski purchases stake in Kentucky Derby horse named after him 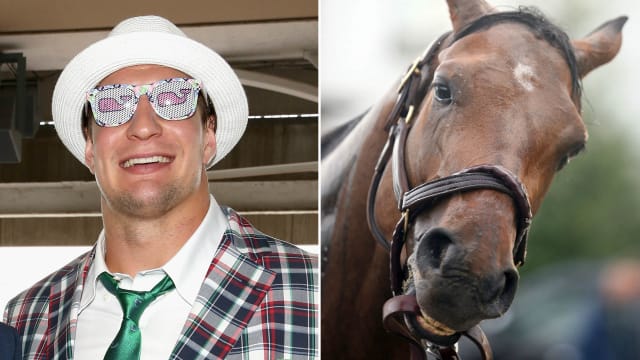 Rob Gronkowski is taking on an ownership role, but it's not with the NFL.

The New England Patriots tight end announced on Wednesday that he has purchased a minority stake in a thoroughbred that was named after him. The three-year-old colt Gronkowski is set to run at Churchill Downs on May 5 in the Kentucky Derby.

Terms of the deal have not been released, but it is thought the colt was purchased last year in England by Phoenix Thoroughbreds, a horse racing investment fund, for more than $400,000.

The investment group picked the colt's name because he is "big and strong", just like the Patriots star, per the Wall Street Journal .

It's official, I am part of the Gronkowski Team!
GRONK ACQUIRES A STAKE IN GRONK ... THE KENTUCKY DERBY-BOUND RACEHORSE!
Check it out: https://t.co/hCsHTAyepE pic.twitter.com/W78FEDUCWy

"This horse is a winner and I love a winner," Gronkowski told Gronk Nation. "When I heard about the racehorse being named after me, I started watching and got really stoked when he started winning.

"He's won his last three races and is now headed to the Derby. I'm all in: Welcome to the Gronk Family, Gronkowski the Horse!

"I really can't think of anything cooler than having a top-class thoroughbred named after me. Except maybe having him win the Derby."