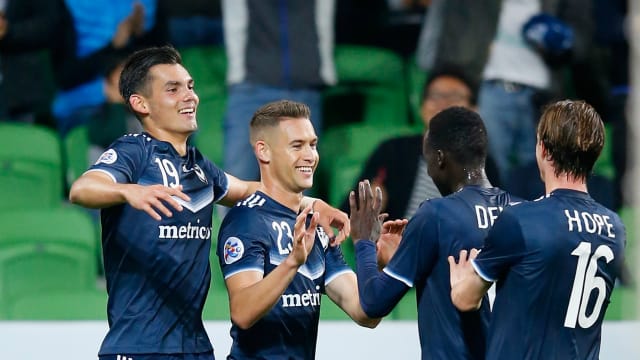 Shanghai SIPG were beaten in their last match of the AFC Champions League group stage, while fellow qualified sides Tianjin Quanjian and Jeonbuk Motors wrapped up with wins.

Wednesday's schedule of four matches had little riding on them with the top two spots in both Group E and Group F having been decided.

Melbourne Victory inflicted SIPG's first defeat of this season's competition with a second-half header from Jai Ingham earning a 2-1 victory, ensuring the Australian side finish the group stage on a high.

In Group F's other dead rubber, Ulsan Hyundai came from behind to claim a 2-2 draw away to Kawasaki Frontale, who were denied their first win after second-half goals from Park Yong-woo and Lee Yeong-jae.

SIPG face Kashima Antlers next month in the knockout stage and Ulsan will take on fellow Koreans Suwon Bluewings.

Final standings for Group F of the #ACL2018! pic.twitter.com/5Nh37go1DK

Jeonbuk claimed top spot in Group E with their fifth win, a 3-0 success at home to Hong Kong side Kitchee secured thanks to a fine performance from Kim Shin-wook, who scored one and provided two assists.

Second-placed Tianjin edged a five-goal thriller as they finished two points behind Jeonbuk, a header from Yang Xu proving the decisive strike in a 3-2 home win over Kashiwa Reysol.

Chinese Super League side Tianjin will play domestic rivals Guangzhou Evergrande in the round of 16.

ngs for Group E after Matchday 6 of the #ACL2018! pic.twitter.com/qZV1DTAllm