Zverev and Dimitrov battle back to reach last 16 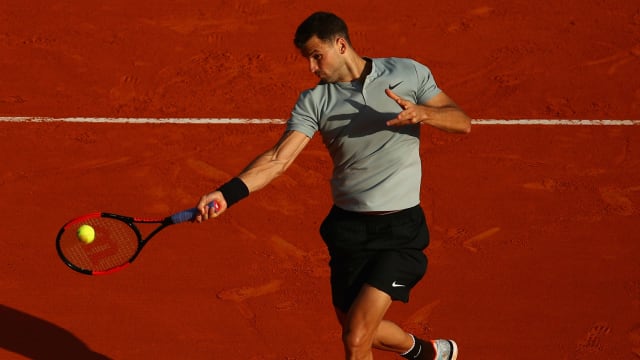 Alexander Zverev and Grigor Dimitrov were both forced to come from behind to advance to the third round of the Monte Carlo Masters on Tuesday.

Third seed Zverev was made to work hard by Gilles Muller, who tired in the decider as the German prevailed 4-6 6-3 6-2.

And Dimitrov was slow to get going before he got the better of Pierre-Hugues Herbert 3-6 6-2 6-4. The Bulgarian remains on course for a quarter-final meeting with sixth seed David Goffin, who defeated Stefanos Tsitsipas 7-6 (7-4) 7-5.

There was one notable casualty as seventh seed Lucas Pouille went down 2-6 6-1 7-6 (7-3) to Mischa Zverev, who set up the possibility of a last-eight clash against his younger brother.

Tough match... It is one of these days nothing really work in your game. No need to complain, I have to go back to work and get ready for the next tournament.  #TeamPouille#WillBeBackStronger#YouWinOrYouLearnpic.twitter.com/1N77drnS8O

THIEM AND VERDASCO BACK FROM THE BRINK

Fifth seed Dominic Thiem, back in action after five weeks out with an ankle injury, survived a major scare as he was forced to save match point before eventually ousting Andrey Rublev 5-7 7-5 7-5.

At 5-4 down in the deciding set, Thiem was trailing 40-30 on the Rublev serve only for the Russian to go long with a forehand.

The world number seven made the most of his second chance, claiming the next two points to break back before taking the next two games to set up a potential last-16 meeting with Novak Djokovic.

A heartbreaking finish. @ThiemDomi saves a match point to slip past Andrey Rublev, 5-7 7-5 7-5 in 2:40. #RolexMCMasterspic.twitter.com/zAdEobK2Lm

Having squandered the first set from 5-2 up, Verdasco found himself staring at an early exit as Cuevas forced a trio of break points at 5-3 in the second.

But the Spaniard saved them all before claiming the tie-break and, seemingly demoralised by those missed opportunities, Cuevas crumbled in the decider as Verdasco booked a date with second seed Marin Cilic.

World number five Dimitrov struggled against Herbert, dropping the first set before recovering his poise to reach the last 16.

The Bulgarian, seeded fourth, was broken twice in the opener but repaid the favour in the second to force a decider.

And Dimitrov found some of his best form in the third, a stunning cross-court forehand winner - played at full stretch on the run - helping him to a break in game five as he secured a hard-earned victory.

Like Dimitrov before him, Alexander Zverev had to work hard to book his third-round berth, after coming through against the big-serving Muller.

A stunning double-handed backhand winner gave Zverev a break for 4-3 in the opener, but a double-fault in the next immediately handed back the initiative and Muller seized on the chance with a hold to love and another break to edge ahead.

Zverev's superb forehand up the line saw him claim a break at the start of the second, and another followed in game nine as he ensured it would go the distance.

Muller appeared to be fading in the decider and the world number four sealed his progression as a weary opponent double-faulted on match point.