Flyers' Couturier goes down at practice after ugly collision 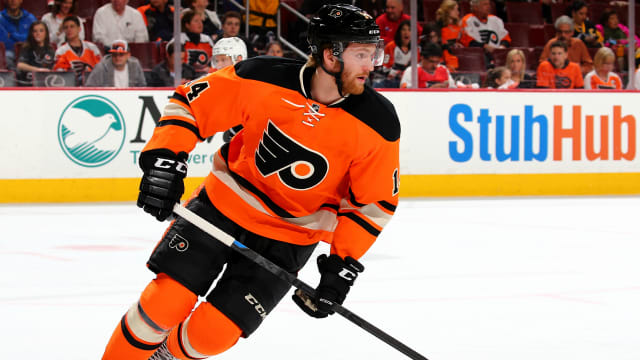 Philadelphia could be down a man in game four against Pittsburgh.

Star center Sean Couturier went down at practice on Tuesday after an ugly collision with team-mate Radko Gudas and could be in jeopardy of missing Wednesday's matchup against the Penguins.

Couturier limped off the ice with a team trainer. Flyers general manager Ron Hextall told reporters the team would not issue an update on the forward's status until Wednesday.

Couturier, 25, logged 31 goals and 45 assists in 82 games during the regular season. He has one goal and two assists through the first three games of the Stanley Cup playoffs.

The Flyers, down 2-1, will look to even the series when they host the Penguins on Wednesday.