Blow for Bayern as Heynckes confirms surgery for Vidal 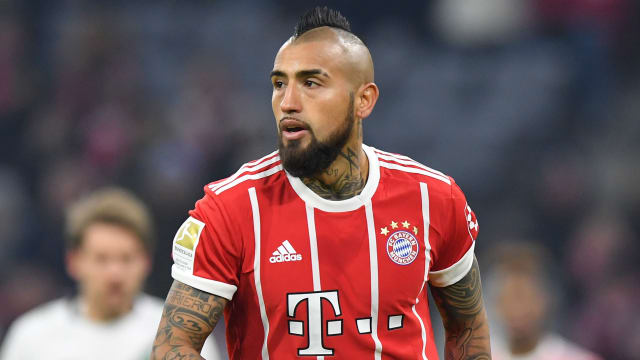 Arturo Vidal is a doubt for both legs of Bayern Munich's Champions League semi-final against Real Madrid as he requires knee surgery, head coach Jupp Heynckes has confirmed.

The 30-year-old felt pain in his right knee during training on Sunday and was sent for further tests.

Heynckes says the Chilean now requires a small operation to remove "a loose body" from within the joint, meaning he faces a spell on the sidelines.

"Arturo had a trip without any contact from anyone else," Heynckes told a news conference. "He has a loose body in the knee joint. He needs a small procedure and will be out for the time being.

"He's a fighter. I'm confident for his recovery."

Jupp #Heynckes: "He's a fighter. I'm confident for his recovery."

The news is a blow for Bayern, with Vidal set to miss the DFB-Pokal semi-final against Bayer Leverkusen and almost certainly the Bundesliga trip to Hannover at the weekend.

He is also a major doubt for the first leg of their clash with Madrid, which takes place a week on Wednesday.

Bayern could also be without Corentin Tolisso for the trip to the BayArena on Tuesday, with the France international having picked up a problem in the 5-1 thrashing of Borussia Monchengladbach on Saturday.

"Coco picked up another knock against Gladbach and has some bruising. It's not yet clear if he'll make tomorrow's squad," added Heynckes.