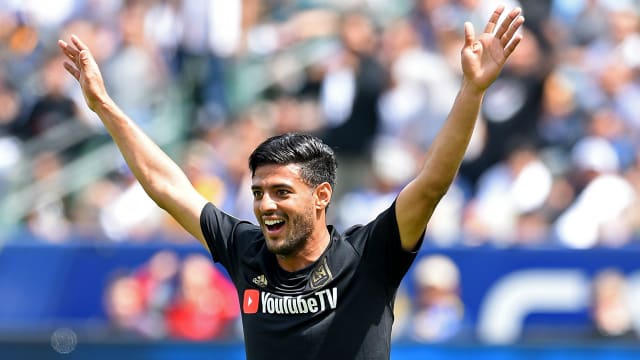 Carlos Vela was on target as Los Angeles FC snapped a run of consecutive losses in MLS, while Orlando City extended their winning streak.

Bob Bradley's LAFC responded from back-to-back defeats with a 2-0 victory at Vancouver Whitecaps on Friday.

Having opened their inaugural season with impressive victories against Seattle Sounders (1-0) and Real Salt Lake (5-1), LAFC came crashing back down to earth following a loss to LA Galaxy (4-3) and Atlanta United (5-0).

It took until just before the hour-mark for the game's first goal but it was worth the wait as Vela broke the deadlock in spectacular fashion - the Mexico international curling a shot into the top corner of the net.

And LAFC star Rossi sealed the points with 20 minutes remaining when he capitalised on a goal-mouth scramble.

70' | Diego Rossi capitalizes on a scramble in the box to extend the lead!!#VANvLAFC 0-2 https://t.co/x5uNxJa6Xd

Orlando, meanwhile, made it three wins in a row with a 2-0 victory against Philadelphia Union earlier on Friday.