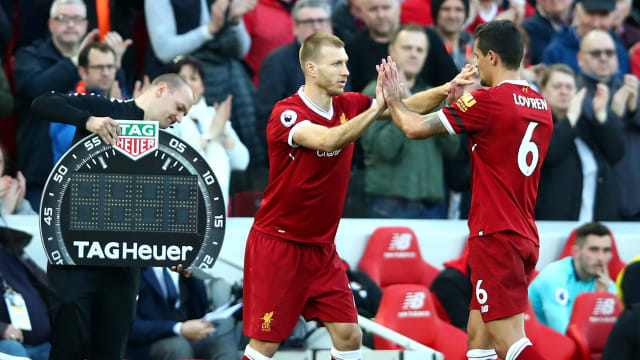 The previously maligned Lovren has become a key man for the Reds in recent months, excelling in their run to the semi-finals of the Champions League.

Jurgen Klopp selected a full-strength XI as his side ran out 3-0 winners on Saturday, but the Anfield boss saw centre-back Lovren limp off late on, with the last-four meetings against Roma looming.

"I would love if it would be because of a knock [and not] a strain or tear or whatever. I have no clue. He felt something but I didn't speak to him afterwards, I only saw that he was limping.

"We made a change because we could make that change - we had a centre-half [Ragnar Klavan] on the bench. Hopefully [it is] not too serious, of course, but I cannot say more now."

Liverpool host Roma on April 24, before travelling to Italy for the second leg eight days later.