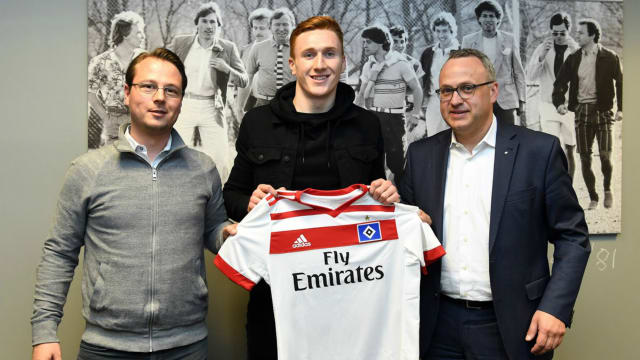 Rangers defender David Bates will leave for Hamburg at the end of the campaign after signing a four-year deal with the Bundesliga outfit.

Bates has inked a pre-contract agreement in Germany to confirm the end of his two-season stay in Glasgow.

The 21-year-old originally joined Rangers on loan in August 2016 and has gone on to make 19 league appearances for the club.

He is currently sidelined by an ankle injury sustained in the 3-2 loss to Celtic last month.

"David brings a mixture of size, speed, mentality and responsibility which is key at the back and will do Hamburg the world of good," said Hamburg head of recruitment Johannes Spors.

"He's a down-to-earth guy who wants to develop and will work hard to do so."

Our first new signing for next season is secured! @DavidBates_ will join the Rothosen from @RangersFC on a four year contract. #nurderHSVpic.twitter.com/lRqWEctwtO

Hamburg are in danger of being relegated from the Bundesliga as they sit second from bottom with five games remaining.