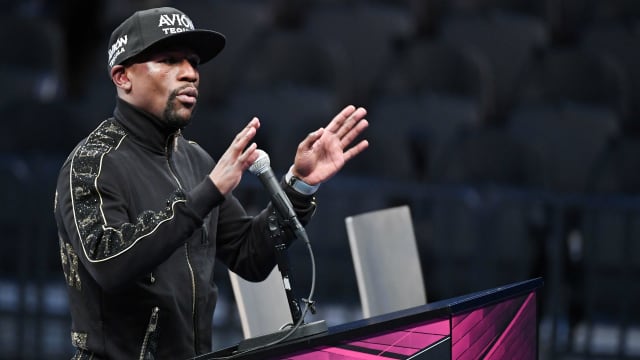 Police believe a shooting which left one of Floyd Mayweather Jr's bodyguards wounded was not a random act and think the boxing legend was in another vehicle in the convoy.

Gregory LaRosa is in a stable condition in an Atlanta hospital after being shot in the leg when a vehicle pulled alongside the sport utility vehicle he was travelling in on Buford Highway early on Monday morning.

Mayweather was thought to be in one of the other two vehicles in an entourage.

An Atlanta Police Department statement said: "Our preliminary investigation suggests there were three vehicles returning to their hotel from a club on Buford Hwy.

"Another vehicle pulled up beside them at the intersection of Peachtree Rd. NE and Highland Dr. NE and fired several times at one of the vehicles. All three vehicles fled and reported being followed for a distance.

"After losing the vehicle that was following them, the victim's vehicle drove to Grady Hospital where the victim was treated for a gunshot wound to the leg and is in stable condition. At this time, it appears that this was not a random shooting and the shooter was targeting the victim's vehicle.

"We believe that Mr Mayweather may have been in one of the other vehicles in the [convoy] and was not injured."