Floyd Mayweather: If I fight again, it will be for UFC 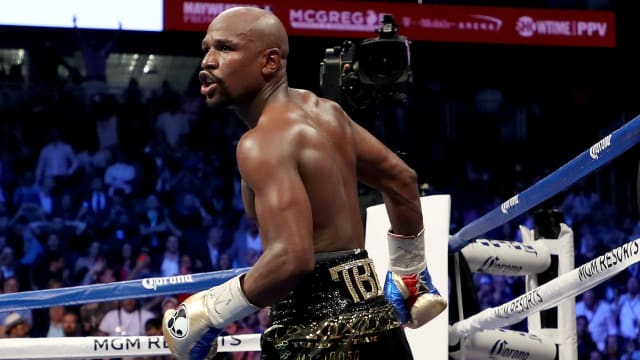 Floyd Mayweather has one stipulation for ending his retirement.

The boxing superstar confirmed that coming out of retirement once again is a possibility, but he would only make a comeback to fight in the UFC.

Mayweather noted that "retirement has been great" but "everyone knows I go in retirement and I come back." The 41-year-old previously ended his brief retirement to beat Conor McGregor in the boxing ring in a 10-round stoppage in Las Vegas in August to improve his perfect record to 50-0.

Last month, Mayweather announced he will begin training for a transition into mixed martial arts with the help of UFC welterweight champion Tyron Woodley. He has also teased a potential rematch with McGregor on social media.