Allardyce: Everton must play like Liverpool to win Merseyside derby 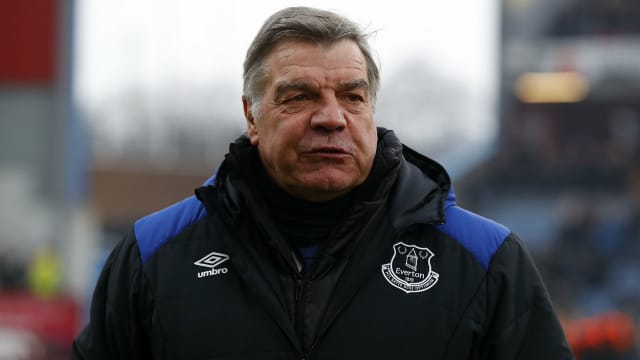 Everton manager Sam Allardyce says his team must adopt the same approach Liverpool took against Manchester City if they are to taste success in Saturday's Merseyside derby at Goodison Park.

The Reds go into the game in top form after an emphatic 3-0 win over Manchester City in the Champions League in midweek, a marked contrast to Everton, who were beaten 3-1 by Pep Guardiola's side last time out.

However, Allardyce thinks Everton can overcome a long wait for a win over Liverpool if they approach the game in the right way.

"I have to say to my players we've got to do to Liverpool, what Liverpool did to [Manchester] City because that's the sort of plan I've put together in the past," he told reporters.

"I think we tried to attack at Manchester City and before we knew it we were 2-0 down. We coped with it better in the second half but in the beginning they were just too good and we have to accept that, they are 16 points clear.

"We were very pleased when we got a draw at Anfield and the approach has to be nullifying their attacking options because they are exceptional.

"The goalscoring ability of Liverpool is their main strength and we have to snuff that out. Not just [Mohamed] Salah but all across the front three and midfield. If we are to win that's how we have to succeed and after that it's about if we can get a chance and put it in the back of the net."

The game falls in between the two legs of Liverpool's Champions League quarter-final against City and Allardyce feels that may work in his team's favour.

"It's an advantage we could possibly take in this game. I think if we have to play Liverpool in a derby match, it's a good time to do that in between the two [Champions League] games. I don't think there's any doubt about that," he explained.