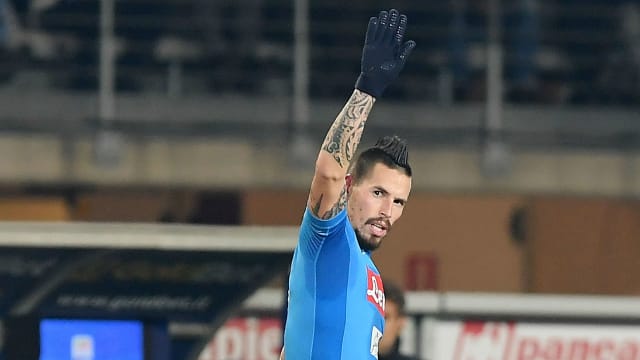 Marek Hamsik has gifted the shirt he was wearing when he matched Diego Maradona's all-time Napoli goalscoring record to the retired superstar.

Slovakia international Hamsik drew level with the iconic Maradona's total of 115 goals for Napoli with his strike in a 3-1 win over Torino on December 16.

The Argentine remains the greatest player in the Partenopei's history, twice leading them to the Scudetto and securing their first and only continental title with the 1988-89 UEFA Cup.

Napoli captain Hamsik has since moved onto 119 for the club, but he paid tribute to the former record-holder on social media.

In a video posted on Twitter, Hamsik said: "Hi Diego. I'm here with this special shirt, it's the one in which I matched you as Napoli's top scorer.

"It's a great honour to be alongside a champion like you. When I scored that goal against Torino, I thought of you right away and I want to give this little gift to you with the dedication: 'Diego, the best ever, with respect and affection.'

"I hope you like it, a big hug and 'Forza Napoli' forever!"