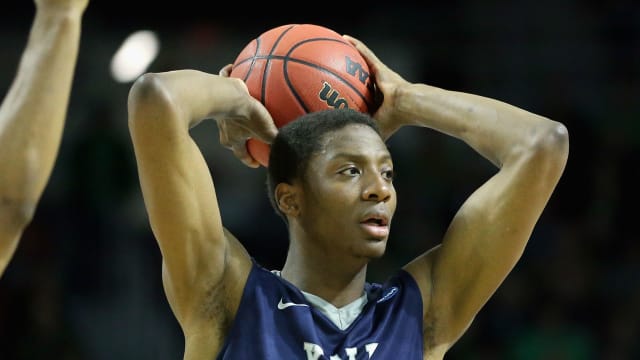 A superb second-leg fightback earned MHP Riesen Ludwigsburg a place in the semi-finals of the FIBA Champions League thanks to an 89-77 success at Medi Bayreuth on Wednesday.

Bayreuth had prevailed 86-81 in the opening fixture and, returning to home soil, were fancied to secure progress to the Final Four.

But Ludwigsburg had other ideas - Justin Sears scoring all of his 15 points in the final quarter while Kerron Johnson contributed 16 overall.

James Robinson top-scored for the hosts with 19 but his efforts were in vain as Ludwigsburg advanced to the semis to join UCAM Murcia and AEK, who prevailed at the expense of Pinar Karsiyaka and SIG Strasbourg respectively.

After a 78-69 first-leg win, an 83-83 draw with Strasbourg was enough for AEK, while Murcia completed a comfortable aggregate triumph, securing an 81-72 victory to add to their 14-point lead from last week's first leg.

The three sides will join Monaco in the draw for the semis, after last season's third-placed side overcame Banvit on Tuesday.