Root and Bayliss back England to improve after winter of discontent 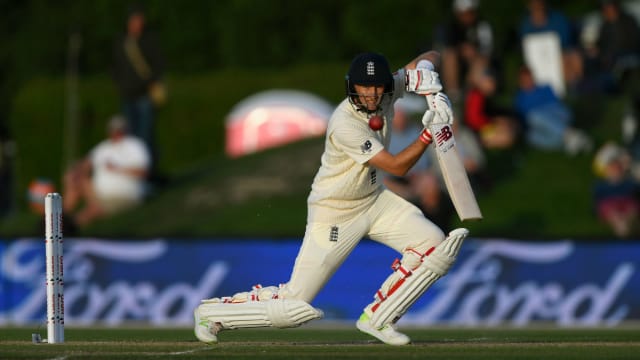 England will grow from a disappointing season in Australia and New Zealand, according to captain Joe Root, who has backed his side to kick on.

The tourists were beaten 4-0 in the Ashes and were then hammered by an innings and 49 runs in the first Test against the Black Caps, having been skittled for just 58 on the opening morning.

They were unable to avoid a series defeat as New Zealand held on for a draw on the final day of the second Test on Tuesday - England unable to remove the hosts' final two wickets to land a much-needed win.

England have gone 13 away Tests without victory since a success over Bangladesh in October 2016 when Alastair Cook was in charge, but Root still sees cause for optimism.

"We are not the finished article and there is plenty for us to work on," the England skipper told Sky Sports. "But it just shows that with the talent we have got we can be very competitive.

"I believe we can make big strides quite quickly and I think this game will give that to the guys."

Reflecting on his own contributions in recent months, Root added: "It's been bitterly disappointing - seven fifties, you want to convert at least half of those, if not more, as a top-order batter.

"You talk about scoreboard pressure and you want your senior players to step up and make big contributions and I haven't managed to do that this winter."

MATCH DRAWN. New Zealand eight down but they hold on to complete a 1-0 series win.

Top-order batsmen Mark Stoneman and James Vince have been asked to perform key roles and England coach Trevor Bayliss is hoping they will learn from the experience.

"I think [Stoneman and Vince] are learning on the job," Bayliss said. "They've both shown the ability that they have got and they're both working very hard to make sure that happens more often than not.

"But I want to see guys from county cricket putting pressure on the guys in the XI. There's no better pressure than from within and, if one or two of them are looking over their shoulder a little bit at the next guys, that's what we want.

"The work behind the scenes has been top class - we've just got to put it all together at one time and get some consistency about our performance."