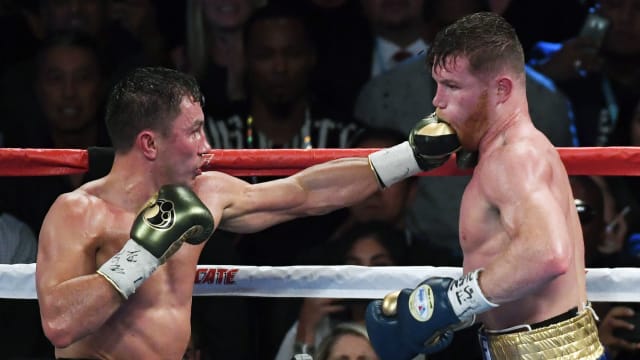 Alvarez made the announcement on Tuesday in the wake of the Mexican's two positive tests for banned substance clenbuterol.

The eagerly-awaited bout was scheduled to take place on May 5 at the T-Mobile Arena in Las Vegas.

A hearing on Alvarez's failed tests - which he put down to eating contaminated beef in Mexico -  is expected to take place on April 18.

Alvarez said: "I am truly shocked about what has happened and for those who have doubts and suspicions about my integrity I have always been and always will be clean fighter,

"I want to apologise to HBO, [my sponsors] Tecate and Hennessy and all my other sponsors, the media and to everyone who is involved in the promotion of this event and especially to the fans. I respect this sport. I will always be a clean fighter."

Golden Boy Promotions president Eric Gomez said: "It's unlikely this matter will be resolved properly [by April 18], and obviously we need enough time to promote a fight of this magnitude."

The first fight between Alvarez and Golovkin ended in a controversial draw last September.