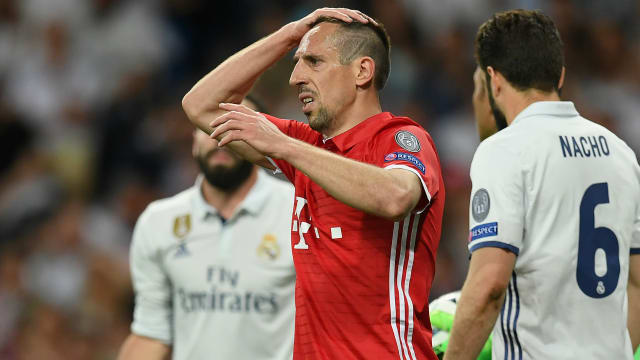 Bayern Munich head coach Jupp Heynckes has dismissed concerns of a curse for his side when it comes to facing Spanish teams in the Champions League.

The Bundesliga leaders face Sevilla in the quarter-final first leg on Tuesday, looking to end a run of four defeats in four years to LaLiga sides in the knockout phase.

After winning the treble under Heynckes in 2012-13, Bayern were beaten at the semi-final stage by Real Madrid, Barcelona and Atletico Madrid under Pep Guardiola, before losing to Los Blancos in last season's quarters.

But Heynckes pointed to successes in 2012 and 2013 as proof that no past defeats should have any bearing on the tie with Vincenzo Montella's side.

He told a news conference: "In 2012, Bayern went to Real Madrid and knocked them out. The following season, with all due respect to Barcelona, who have played some of the greatest football in European history recently, we won 4-0 at home and 3-0 at Camp Nou.

"That simply shows that each year is different and the statistic of the last four seasons is irrelevant to this match.

"We have the utmost respect for Sevilla. They may not be as popular as some other teams still in the competition, but they are really strong."

#Jupp: "We have experience playing all over Europe, so nothing can really rattle us anymore. Nevertheless, the atmosphere will be electric tomorrow." #SFCFCB#FCBayernpic.twitter.com/6QZu6lNAZZ

Heynckes, who expects to have Arturo Vidal and Juan Bernat available after they missed the weekend thrashing of Borussia Dortmund, went on to praise the form of midfielder Javi Martinez ahead of the game at the Ramon Sanchez Pizjuan.

"[Martinez] is immensely important to us. His physical strength gives us security," he said. "He's an outstanding defensive midfielder. If he is confident, and there are not many better players."

Martinez himself admitted to feeling more confident with Heynckes back in charge, as Bayern aim for a positive result against a Sevilla side who came within minutes of ending Barcelona's unbeaten league season on Sunday.

"We're very happy Jupp is our coach. He's helped me a lot. It's nice that he trusts me," he said.

"We must find a perfect balance between attack and defence. Ball possession will also be important.

"The odds are, I guess, at 50-50, even though Ever Banega is suspended. Sevilla are one of the toughest draws we could have got.

"They're not Real or Barcelona, but they are hard to play. We saw that against Barca. They were superior and deserved to win."