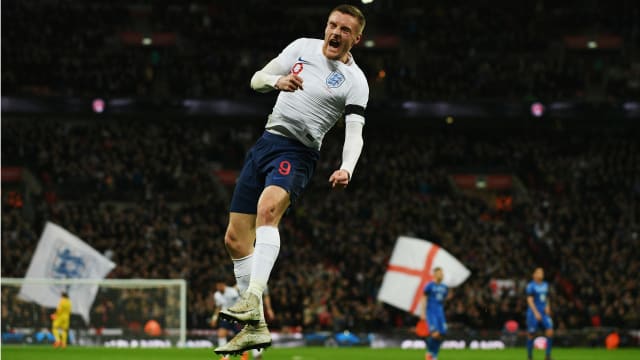 Lorenzo Insigne converted a controversial penalty in the closing stages as Italy left it late to secure a 1-1 draw against England at Wembley.

Napoli forward Insigne fired past Jack Butland in the 87th minute after the use of VAR had seen debutant James Tarkowski punished for a challenge on Italy subsitute Federico Chiesa.

Jamie Vardy capitalised on some swift thinking by Jesse Lingard to fire the hosts ahead in the 26th minute, and it seemed one goal would be enough for Gareth Southgate's side.

After a foul on Raheem Sterling, Lingard spotted the opportunity to take a quick free-kick, putting the ball down and re-starting play in a hurry to tee up his compatriot's seventh international goal.

Yet Italy scored for the first time in four outings thanks to the help of technology, referee Deniz Aytekin spotting Tarkowski had stood on Chiesa's foot inside the penalty area after viewing replays.

Butland dived the right way but was unable to keep out Insigne's spot-kick as England saw a sixth successive clean sheet snatched from their grasp in the closing stages.