Golovkin wants to fight on May 5, with or without Canelo 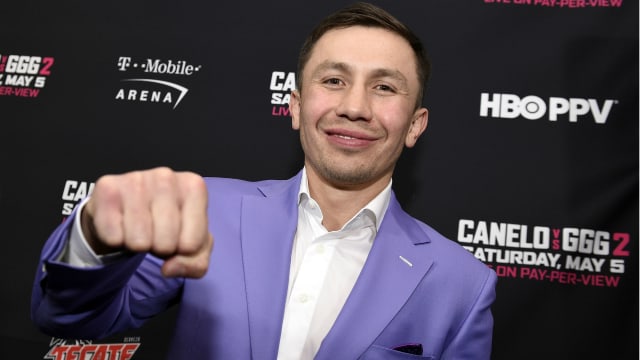 Gennady Golovkin plans to fight on May 5 regardless of Saul 'Canelo' Alvarez's availability for that date, according to promoter Tom Loeffler.

Middleweight Golovkin - who holds the WBA, WBC, IBF and IBO titles - is booked to face Alvarez in a money-spinning rematch at the T-Mobile Arena in Las Vegas.

However, the second bout between the pair is in doubt after Alvarez tested positive for trace levels of the banned drug clenbuterol.

The Nevada Athletic Commission (NAC) have scheduled a hearing with the Mexican on April 10, though Loeffler, who is the head of GGG promotions, insists Golovkin is not allowing the uncertainty to hamper his preparations.

"It's hard to predict what the commission is going to do," Loeffler said in an interview with BoxingScene.com.

"But Gennady said he definitely wants to fight on May 5. He's in full training camp, he just started his sparring.

"He's getting ready one way or the other to fight May 5. Hopefully everything works out."

Golovkin saw his winning streak as a professional come to an end last September when the first fight with Alvarez ended in a controversial draw.

The Kazakh fighter has said WBO champion Billy Joe Saunders, who was forced to postpone an April title defence against Martin Murray due to a hand injury, could be an alternative option for the scheduled date early in May.

However, Saunders' clash with fellow Englishman Murray is now due to take place on June 23 in London, seemingly ruling the former out of contention for a unification showdown.