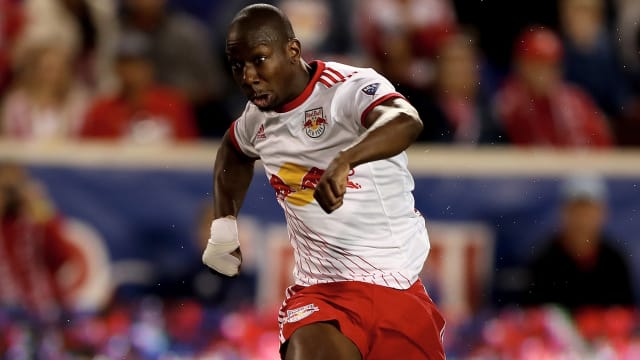 Bradley Wright-Phillips inspired the New York Red Bulls in MLS on Saturday, while Columbus Crew continued their fine start to the season.

Wright-Phillips scored a brace to see the Red Bulls to a 3-0 win over Minnesota United in New Jersey.

Alex Muyl gave the hosts a 15th-minute lead with a fine left-footed strike before the Red Bulls doubled their advantage prior to the break, Wright-Phillips poking in from close range.

The goalscorers combined for the sealer in the 78th minute, Muyl's wonderfully weighted pass putting in Wright-Phillips, who finished clinically.

Have yourself a night, BWP! #RBNYvMINhttps://t.co/4qKQFU8mUL

The win lifted the Red Bulls into third in the Eastern Conference, while Minnesota are fourth in the West.

Columbus Crew and New York City lead the way at the top of the East.

The Crew secured their third win in four games thanks to a 3-1 success at home to DC United.

Milton Valenzuela struck first after 20 minutes, finishing from inside the area, only for Yamil Asad to draw DC level on the half-hour mark.

A Ricardo Clark header restored Columbus' lead before Pedro Santos scored, with all the goals coming in the first half.

Not , not , but  goals for @ColumbusCrewSC in the first half! #CLBvDCpic.twitter.com/XPLdTH8CQC

A 10-man Portland Timbers drew 1-1 against Dallas, while Sporting Kansas City came from behind to earn a 2-2 result against the Colorado Rapids.

Fresh from signing superstar Zlatan Ibrahimovic, the LA Galaxy played out a 0-0 draw at the Vancouver Whitecaps.