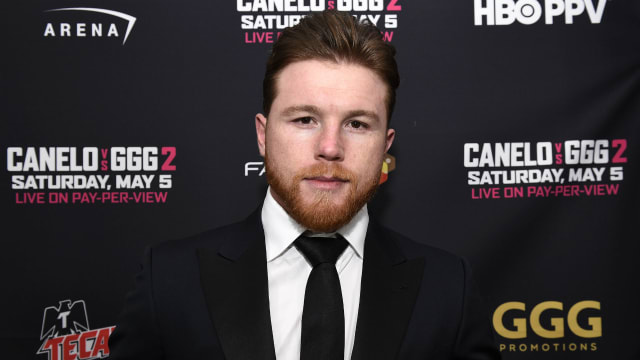 The rematch between Saul 'Canelo' Alvarez and Gennady Golovkin is in jeopardy after the Mexican was temporarily suspended over a positive drugs test.

Alvarez tested positive for trace levels of the banned substance clenbuterol last month, with his promoters blaming the finding on contaminated meat in his native Mexico.

He is due to face Golovkin in Las Vegas on May 5, with the pair having fought to a controversial draw in their initial clash last September.

The Nevada State Athletic Commission has now elected to suspend Alvarez until a hearing on April 10.

"Mr Alvarez is temporarily suspended by the Nevada State Athletic Commission per the executive director for his adverse analytical findings, that being clenbuterol, on February 17 and 20," a statement by commission executive director Bob Bennett said.

"A commission hearing is scheduled for April 10, 2018 to hear from Mr Alvarez or for Mr Alvarez to attend."